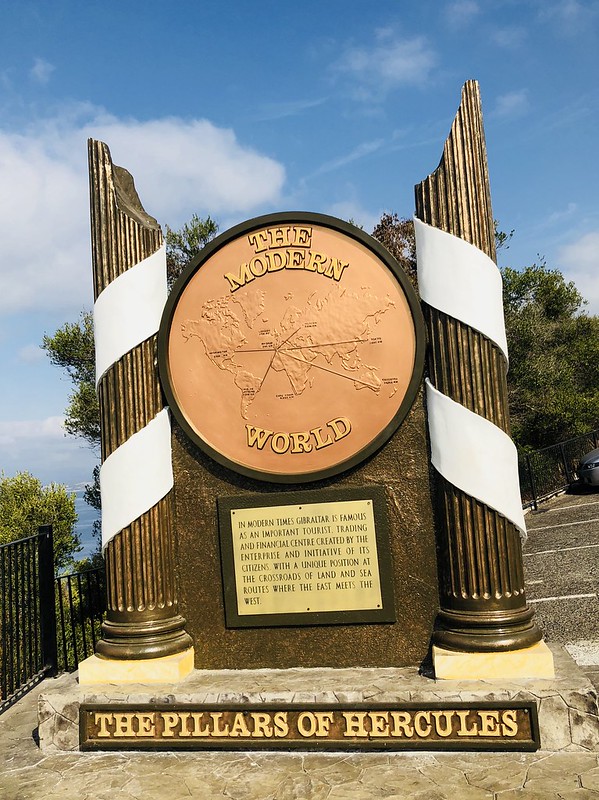 Get to know “The Rock” of Gibraltar, also known as The Pillars of Hercules. While traveling through the South of Spain, I was told I shouldn’t miss seeing this magnificent rock, so I ventured on. I can tell you it didn’t disappoint with its grandiose height and beauty. I also didn’t know that this tiny little tip of Spain is also a British Colony, where the official language is English. Many cross the border daily from Spain into Gibraltar just to work. It has one of the world’s smallest landing strips for airplanes and you need a special license to fly into this airport. I took a tour around the island and was told by my tour guide of how special this place really is. The majority of the students that finish high school and want to study abroad, get their tuition completely paid for and they even gets perks, such as, paid travel back to Gibraltar, four times a year. They’re also offered high paying jobs when they finish their careers. I was also told that this place has a very low unemployment rate and 70% of the students that leave always return. I’m not sure about these facts, but it’s worth the google search. 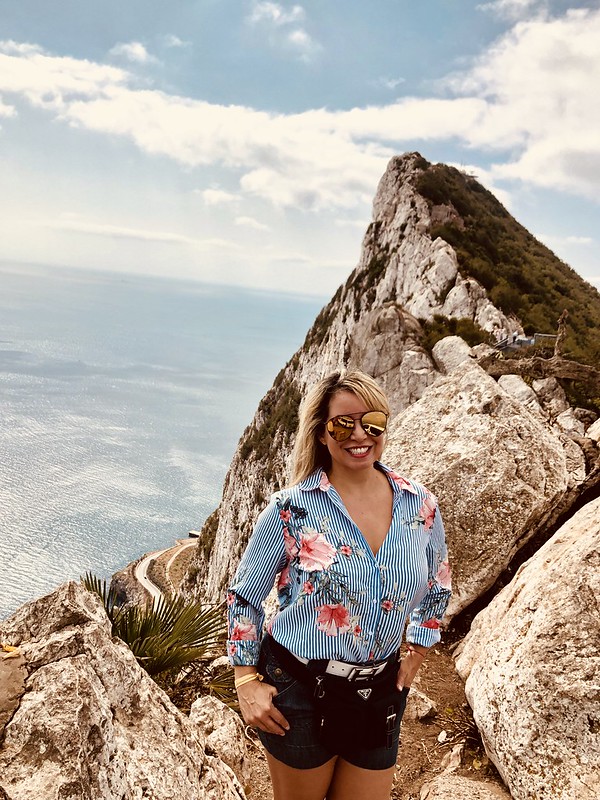 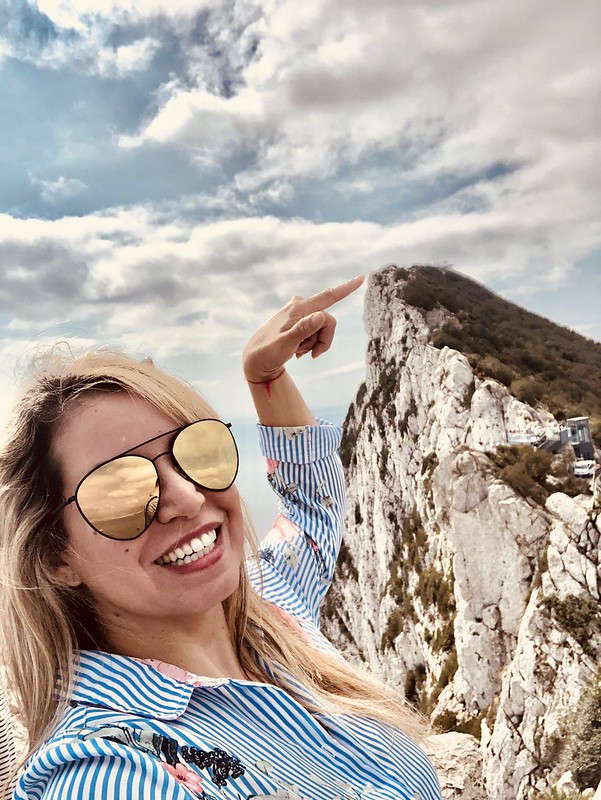 The rock was just siting there waiting for my arrival and so were the famous “Barbary Macaque” monkeys that have been inhabitants of this place for many years. They have chips implanted so the government can control them and keep them away from the main city center. They are not really monkeys, but apes because they’re born without tails.  However, they are referred to as monkeys everywhere you go. They are pretty big in size and absolutely adorable to watch as they interact with humans. I will suggest removing your sunglasses and valuables, since they’re very much into grabbing things on the go. I mean, you are visiting their home on the rock, they expect something in return. The taxi drivers and tour guides keep them happy by feeding them carrots and teaching them tricks, like sitting on your head or shoulders. I will advise against feeding them yourself since I did research before arriving that they have been known to bite tourist on occasion. I wouldn’t take my chances, just enjoy their interaction and take plenty of pictures. 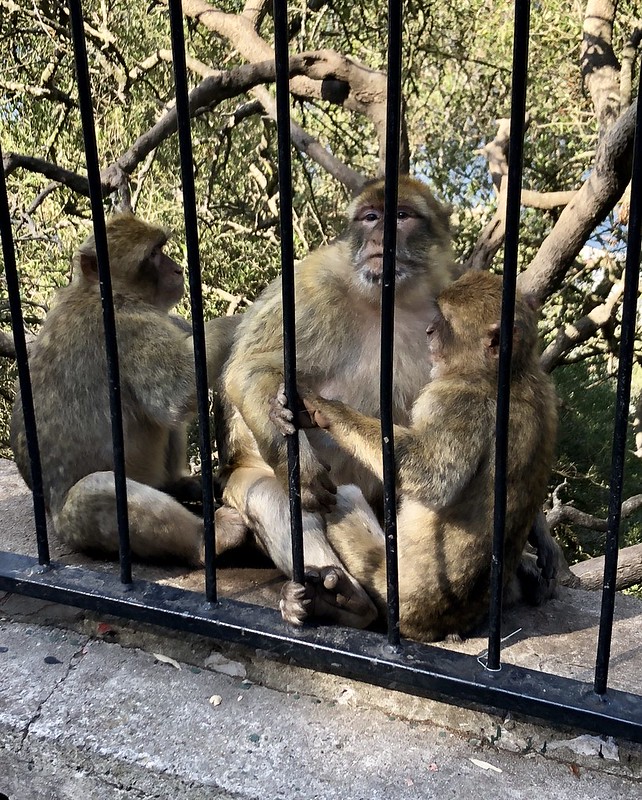 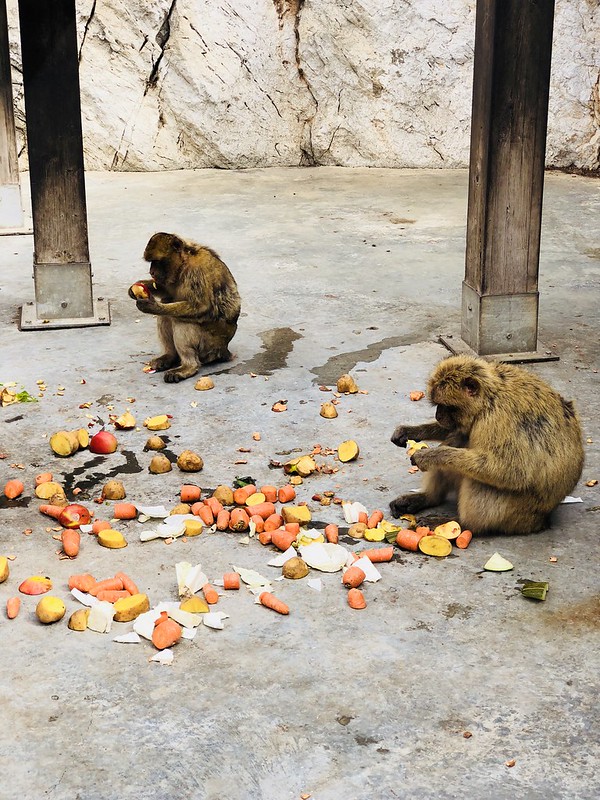 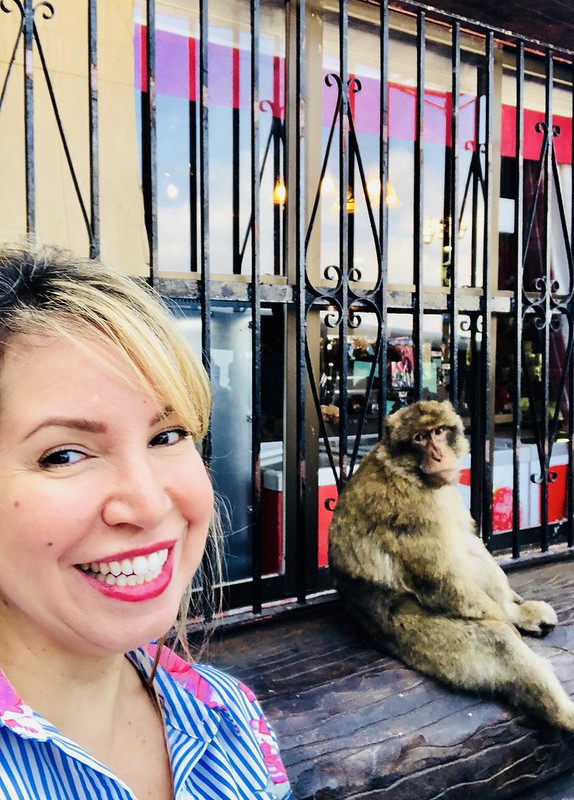 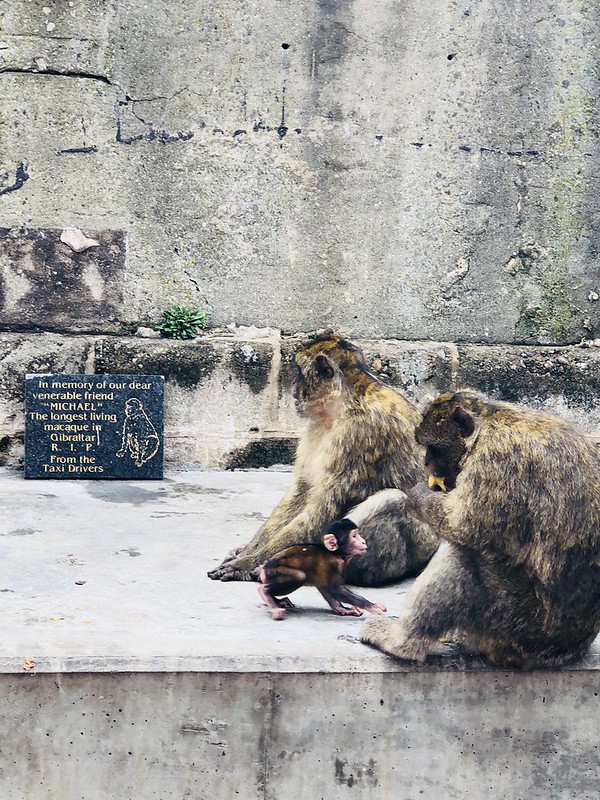 The tour I took gave me a chance to see the places I found of importance in Gibraltar, like St. Michael’s Cave with its really cool light show. I also visited the Moorish Castle, a landmark castle with the most amazing panoramic views. There are many great places for photoshoots on this rock and if you’re up for the hike, you can take a little stroll up the side of the mountain. I wasn’t ready for such a hike on a hot September morning so I opted for the scenic view instead. I am posting some pictures that I took which I think you’ll enjoy and a couple of videos so you can see the beauty of this place. I think if you really want to get to know “the rock” you need to visit this piece of land and venture off into the culture of this great place. 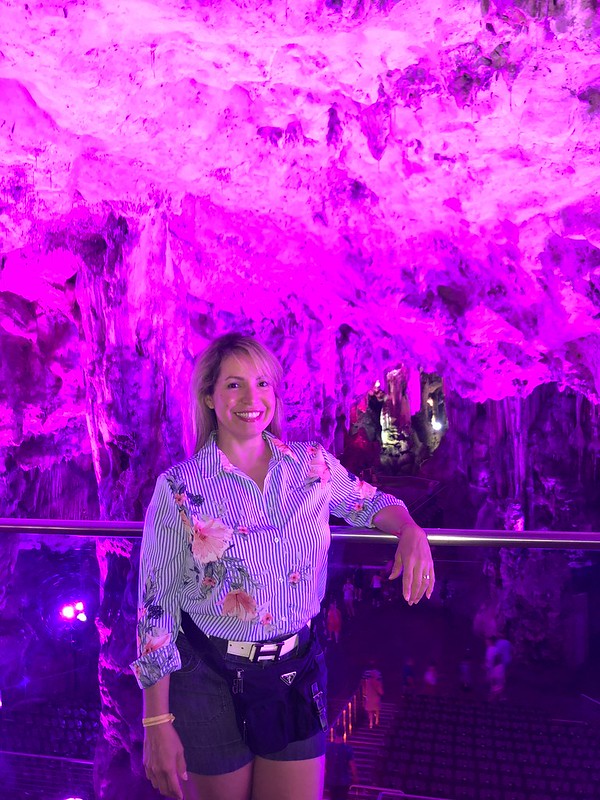 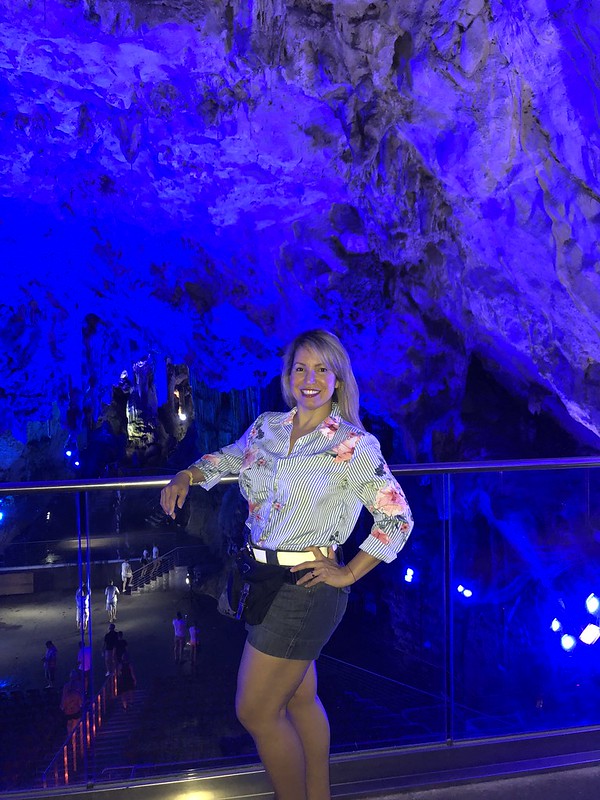 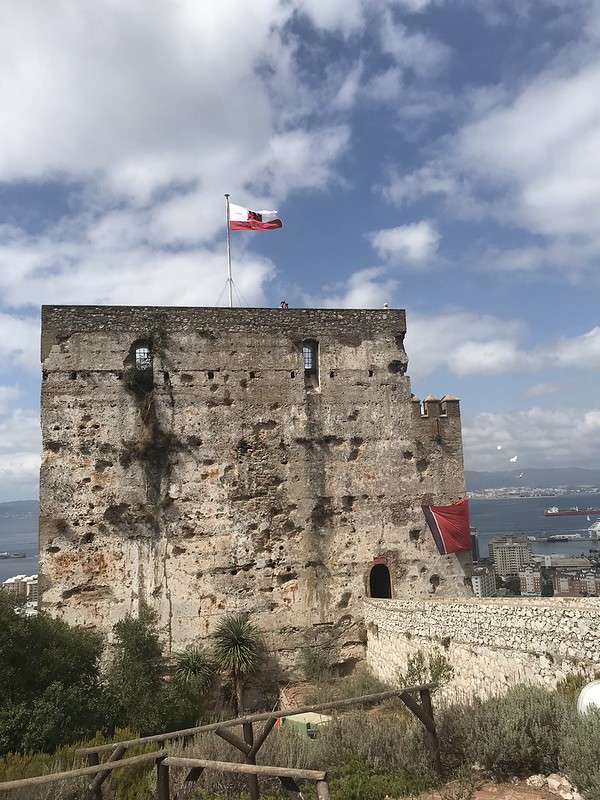 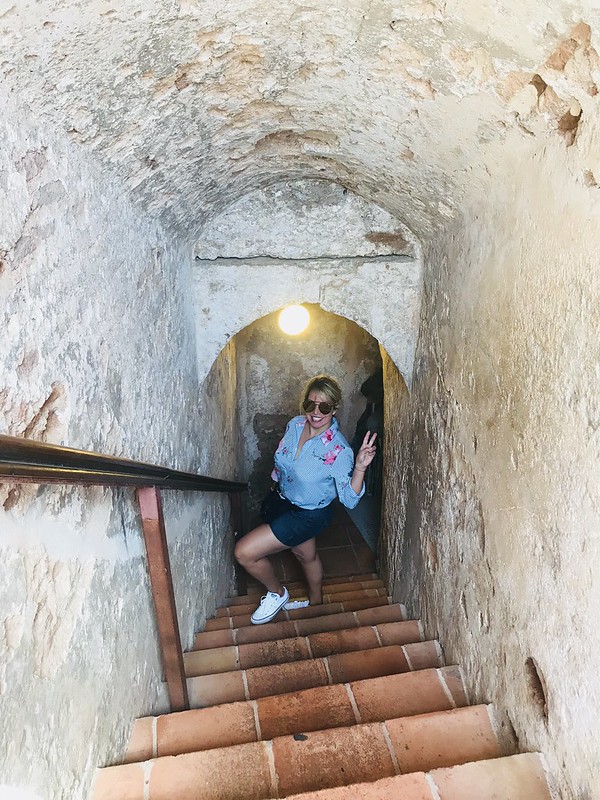 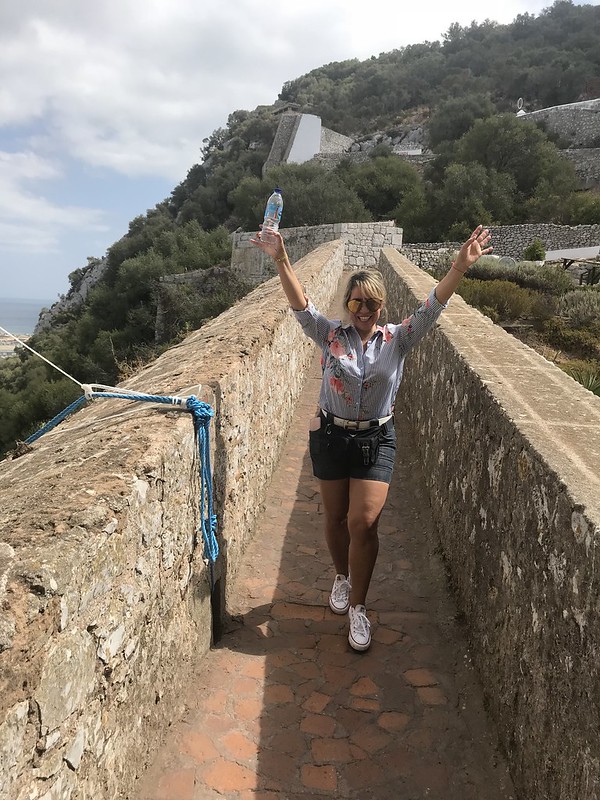 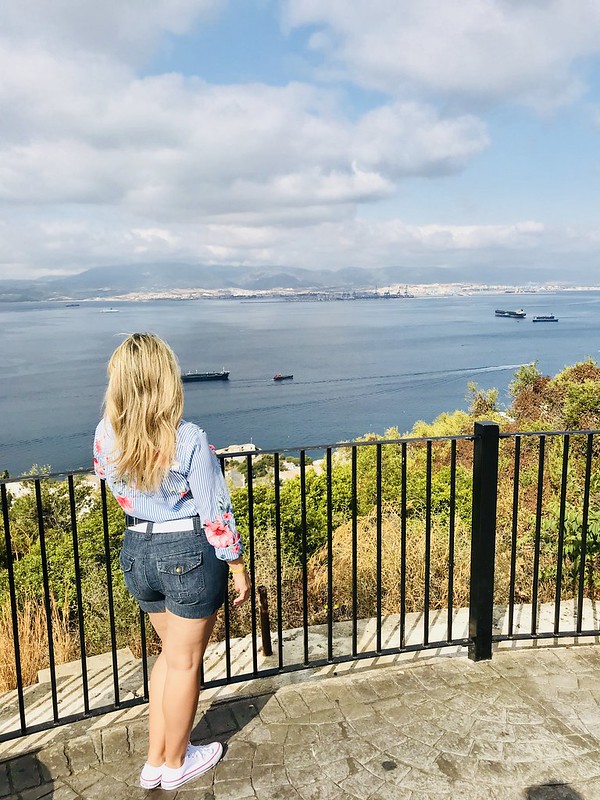 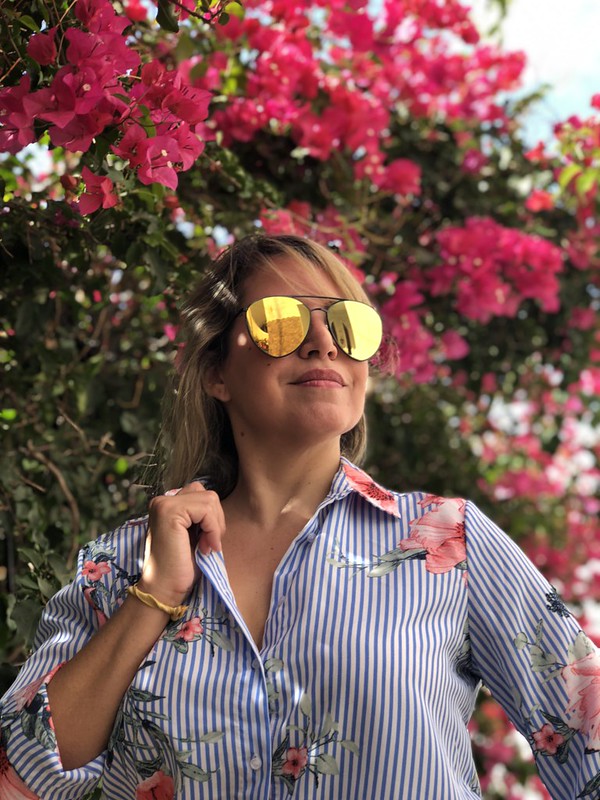 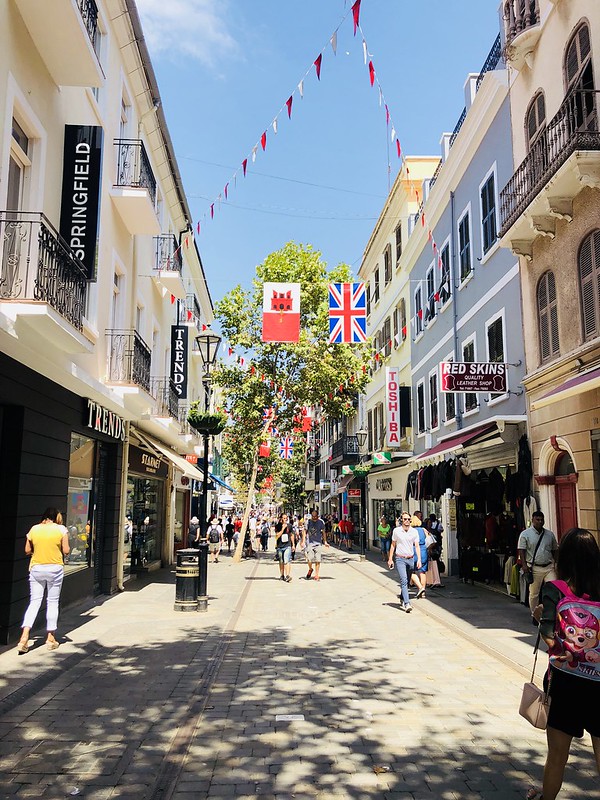 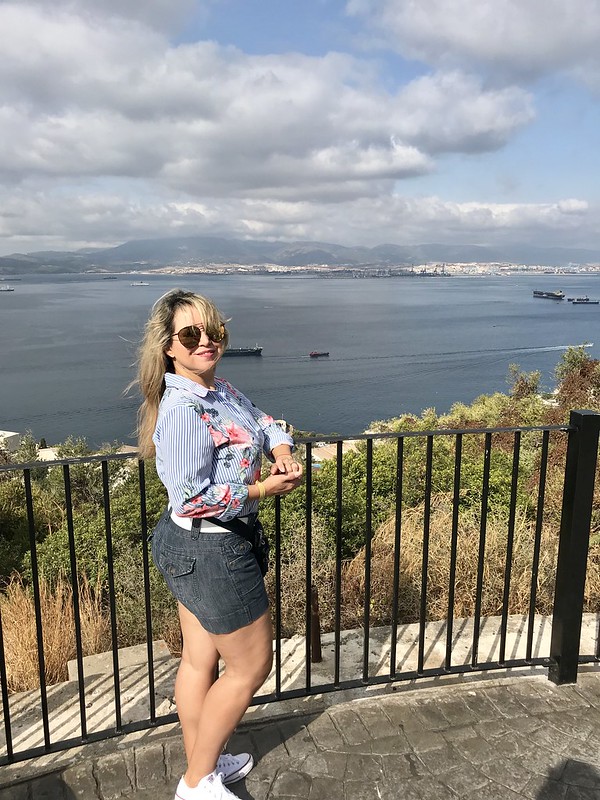